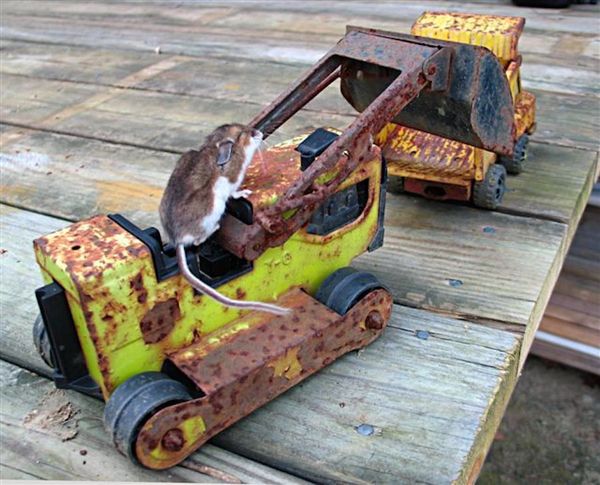 It was a dark, bitter cold night actively being strangled by the frozen fingers of February. Gusts of wind rattled the windows, threatening intrusion. I had spent most of the week packing and re-packing my clothes, instruments and gear in preparation for my annual Caribbean music tour that was scheduled to begin way too early the next day.

Delightful images of blue skies, warm sun, lovely beaches with tall coconut palms swaying gently in the tropical breeze and playing music almost every evening had carried me through this relentless winter of horrific snowstorms and meager income. On this last night at home, I had planned to kick back, relax, have an early dinner and even earlier bedtime so that I would awaken at 2:45 AM, refreshed and ready to endure the full day I’d be spending in cars, airports, planes and boats before I arrived at my Virgin Islands destination.

The best prescription for disappointment is expectation. Fate had other plans.

Dr. Ea$y had been hovering over my shoulder for a good part of the week offering his unsolicited advice and opinions. “Why ya bringin’ dat shirt? It ugly on you. How many sets of git-tar strings ya really be needin’? Ya plannin’ on bustin’ ‘em all? Meh-son, who show ya how to pack a bag? Look like it belong ta some rag-picker, mon!” On and on he prattled. Times like this I wished he had a volume control knob.

I thought I'd learned over time that the best response to the doctor’s incessant jabbering and interrogations was to make no response at all – perceive it simply as background noise, which it mostly was. He would eventually run out of wind, get bored and disappear. But tonight, perhaps due to my exhaustion and anxious anticipation of long, hard travels ahead, he was wearing me thin. I snapped.

“Why can’t you can’t just zip your yammering pie-hole and stay outta my way?” I said, my exasperation boldly showing. “Just back off, sit down and button your yap!”

"Wasted no time playing your ace", I muttered to myself under my breath. The truth was that this plan - made weeks ago - was that he was going to spend the night on my fold-out couch and then drive me to the airport. It had been I who had arranged this feckless dependency on him to get the tour started, so it was indeed I who needed to back off.

“No, I have cleaned out the ‘fridge before going away for over a month. How ‘bout something simple like soup and grilled cheese? Or oatmeal?”

“Hummmmph! A mon need sustenance, not some kiddie lunch or breffus' stuff!”

“Ya got some nice fish?”

“Did you not hear me? I told you, I cleaned out the fridge!” I could feel myself getting heated again. “Look, I’m going to make us some soup ‘n sandwiches, you’ll either eat it or you won’t”

“What stink?” I retorted. “I don’t smell anything.” He's having olfactory hallucinations I mused.

“Dat prolly ‘cause you inna stinkin’ mood. But I know stink, and dere’s some stink inna room here,” said the doctor wrinkling his nose dramatically and turning away.

“Look, we don’t have time for this nonsense. Let’s eat, get some sleep and get on our way,” I attempted to reason as I began to make the sandwiches.

“Sure t’ing, mistah Boss,” Dr. Ea$y snidely retorted and went off to the far corner to sulk as I continued to prepare our supper. “I know I smellin’ baaaaad stink…” he grumbled sotto voce to himself.

After finishing our simple repast in silence, I reminded him that 2:45 was going to “soon come”, a poorly chosen bit of island vernacular that roughly translates into: It-hasn’t-happened-yet. It-probably-won’t-happen-later-either. Maybe-tomorrow-but-definitely-not-today.

Still feeling insulted, Dr. Ea$y got up and sauntered sullenly over to my sofa. “I suppose ya wan’ me t’ bed down on dis here divan?” He pointed piteously at my sofa.

“That’s fine,” I replied, smiling at his use of the archaic word ‘divan’ to refer to my aging sofa-bed. “I can pull it out into a full-sized bed for you if you’d like? Plenty of room to stretch out.”

“Will you get off that stink thing!” I said tersely as I got up and approached the sofa.

Dr. Ea$y was pacing up and down in front of the sofa shaking his head, more fervently wrinkling his nose. “I don’ t'ink I wan’ stay here. Somet’ing surely be stinkin’ awful bad 'round here!”

“Look,” I said, straining to contain my consternation, “you’ll sleep fine, right here, on this sofa-bed. You’ll get up at 2:45, just like me. We’ll load up the car and off to the airport we go! Boom, boom , just like that!”

I leaned over and removed the cushions in preparation to unfold the sofa-bed and – WHAM! – it hit me! A truly nasty odor punched me right in the nose.

I examined the cushions. They did smell funky, but there was nothing visibly evident on them to explain the foul smell that began to permeate my living room. I reached down to pull out the frame of the sofa-bed. Nothing happened. I tugged again. Nothing. I put both hands on the frame and yanked. It just wouldn't budge!

“What the hell is going on here?” I exclaimed in full peak. “Don't just stand there gawping at me...give me a hand here, will ya!”

This quickly escalated into a silly row that, in after a few minutes of pointless wrangling, I was able to bribe him to help me pull out the bed-frame. I had to promise to bring him back the newest Lashing Dogs CD from Tortola - “Meh love dem Dawgs!” - and a new t-shirt from the Donkey Diner to replace the one he'd ruined with some sort of bleach and battery acid laundering. We each grabbed an end of the sofa-bed frame.

“One, two, three!!!” I counted and we gave the frame a mighty tug. Nothing.

“Lawd, ya got some serious stink goin’ on in dat divan now! Worser'n deh wild goat!” From past endeavors to get him to help me, I knew he was close to the verge of quitting.

“Come on, one more time…here we go…” I counted to three, pretending to ignore his comment, and we heaved-ho again. Nothing.

'Tis said “The third time's the charm”. Not so sure about that one. At least in this case, because on the count of three, we again grabbed the frame, put our backs into it and . . .

The metal bed frame exploded open with an ominous crash, ripping a gaping hole in the sofa's cloth back and spraying untold pounds of cat kibble, saturated with mouse urine and laced with tiny turds like shrapnel into every corner of the living room. The sodden sofa-bed mattress lay open like a superating surgical wound, exposing a brackish grey and very noxious mire within. I stood up, dumbfounded and gagging. Foul, damp kibble and mouse turds stuck in my hair and tumbled down inside my shirt. I stared in shock at the sudden devastation surrounding us.

Ms. Chevy - my elderly, mildly psychotic cat - had been quietly napping under the kitchen table until the detonated sofa awakened her. She rocketed, wild-eyed, from her slumber to the top the refrigerator, back arched and grey fur puffed up in alarm as urine-saturated cat kibble and mouse turds flew everywhere - onto the window sills, fireplace mantle, counter tops, sticking to the windows and curtains, paving the floor and rugs with mushy, foul-smelling detritus. Doctor Ea$y was gone.

“Holy crap!” I whispered to no one, still stunned by the wreckage before me. “That has been one industrious mouse!”

I looked up in disgust at the cat. “So, I see you’ve been doing your job exceptionally well!” Ms. Chevy looked away, seemingly embarrassed. But she didn't come down from the refrigerator.

Then a jig-saw puzzle of unexplained events began to fall into place...

For the past several months, I’d noticed that we’d been going through an inordinate amount of cat kibble - bags of it!But the Chevster was not gaining any weight. I never found evidence of alien animal intruders. I’d not seen any vermin droppings. My sense of smell has always been rather keen, but I’d not olfactored any of this, even when I had noticed that the occasional houseguest would avoid sitting on that sofa.

Doctor Ea$y then peeked from around my office door. “Now so, Mistah Sma't Man, do ya believe dat dere’s stink in here?!”

He eased out, glancing over the surrounding mess. “I be goin’ now. I ain’t sleepin’ here wid all dis mouse poop an' pee aroun’. Dat nasty stuff mek ya sick! Relly sick! Dat stuff can put ya right in de hostipal, an’ I ain’t goin’ dere! I be sleepin’ in me own bed dis night,” he muttered, holding his nose while pulling his beret over his eyes and reaching for his coat.

By this time any notion of an early, or easy, bedtime had completely dissolved. It was now evident that there was an awful lot to be done before my head was going to hit the pillow and that I'd better get crackin'!

Then, an unwelcome after-shock: I suddenly remembered that my vacuum cleaner had self-destructed beyond repair earlier in the week. I’d already taken it to the dump. I’d not yet replaced it. I had no effective way to clean up this disaster! Panic began to envelope me . . .

I gathered my wits. “Wait a minute! You’re not going to abandon ship now, are you?!” I asked Dr. Ea$y incredulously. “Please, help me clean this up. You can sleep in my office…I’ll make you a nice bed in there,” I pleaded hopefully.

Dr. Ea$y, perhaps feeling a twinge of compassion, slowly pushed his beret back on his head and looked me straight in the eye for several seconds before responding. “Awright, meh-son. Ya mek me a good pallet in yer office, I stay. But, I ain’ goin’ near dis stuff,” he waved his arm around the destroyed living room and disappeared back into the office.

Outside, adding insult to injury, Mother Nature had begun to hurl her notorious February “wintry mix” at my windows. As freezing rain, snow and sleet pelted the frozen panes, I cursed her latest meteorological foil, fearful that it would render our drive, and perhaps the Caribbean flight itself, impossible.

Suddenly I realized that this storm was exactly why the good doctor had decided that he’d rather stay put than go out into the frozen fray: He dislikes winter even more than I do!

“OK, doc, you win. Again!” I conceded, shouting at him through the closed office door. I searched for some strong incense, dug out my broom, dust-pan, scrub brushes and detergent and began the arduous on-hands-and-knees task of cleaning up the damage from my very own IED – my own Improvised Exploding Divan. It was well after midnight before I went to bed, completely exhausted. I could not sleep. Sonorous snoring snorkled from within my office.

When the 2:30 AM alarm went off, needless to say I was still awake. And so began my Virgin Islands “Not All There Tour” for 2011.

PS: So what happened to the exploding 'divan' you ask? Well, I deemed it unsalvageable and arranged for it to be taken to the dump. The guy who trucked it out of my place said that before he could unload it at the landfill, someone came up to him and asked if they could have it. The guy gave it to them. To the new owners I say, "Good luck! And I hope that your sense of smell is as poor as your taste!"